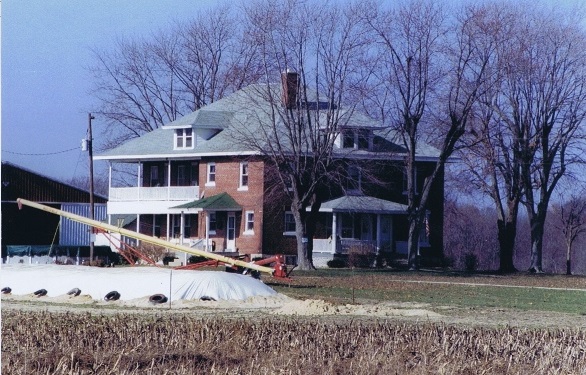 Calhoun county is not under township organization. The almshouse is kept by a new contractor, who pays three dollars and seventy-five cents per acre for the use of one hundred and seven acres, and receives two dollars a week for each pauper committed to his charge. The county furnishes nothing except medical care. The county physician is paid one hundred and eighty dollars a year, and he visits the almshouse, the jail, and the paupers in Hardin precinct, and furnishes medicines at his own cost. There were only five inmates, of whom one was a child attending school, and none were insane. The total pauper expense in this county is about two thousand dollars, of which a very small amount, estimated not to exceed two hundred dollars, is paid for outdoor relief. No almshouse register is kept, and the overseers, of whom seven have been appointed by the county court, do not keep the accounts nor make the reports required by law.

Our paupers cost the county for the last quarter for which bills were allowed last week, $622.70. The paupers at the poor farm cost $289.25, while the outside bills amount to $338.45. What is the poor farm for anyway? The County may render assistance of a temporary nature to persons outside the poor house but not to permanent paupers. The place for permanent paupers is at the poor house, where they will be better housed, better fed, better clothed and better cared for in every respect. It seems to be a false sympathy. Last winter those who were receiving the “temporary assistance” actually suffered. Here is the list of paupers that received “temporary assistance” at last term of Court:

We take the following from the report of the 1890 of the Board of State Commissioners’ of the State of Illinois.

CALHOUN:--Visited June 3, ’90—
This almshouse is located one and one half miles north of Hardin. The farm contains two hundred and forty acres, one hundred of which are in cultivation. The land and buildings are estimated to be worth $6,000, and the furniture $25. The keeper receives one dollar and seventy-five cents per week for feeding each inmate, and pays the county four dollars and twenty-five cents per anmum. as rent, for the tillable land. The cost of maintainance at the almshouse, for the year ending Sept. 1, 1889, was $1,290.50, for repairs $25, and for outdoor relief $1.486.78. The main building of this almshouse was found to be in moderate condition. The floors were clean. The walls and ceiling might be made to look better. The old log cabin is much decayed, and is not fit for occupancy. The rooms are heated by stoves. The beds and bedding were clean and in fair condition, except that used in the log cabin. There were nine inmates present: six males and three females. Two of the inmates were idiots, one an epileptic, and four were under sixteen years of age. One of the children is a bright and interesting blind boy five years of age. The boy should be sent to the institution for the blind. The inmates except the idiots.

[page 70] ... Calhoun - The sanitary condition of these buildings is good, the heating sufficient and the system of ventilation satisfactory. There is an abundant supply of good water and adequate fire protection.

The sexes are cared for in separate buildings. The board recommends that one of the female insane inmates be sent to a State hospital. She has mania to burn herself up and to set fire to the buildings. She is not a desirable inmate as she has no special nurse to watch her. Her folks are poor and for this reason she is confined at the almshouse.

Good and suitable food and sufficient clothing is furnished the inmates. All have clean beds and sufficient bedding. Bath tubs are provided and all are required to bathe and change underclothing regularly. The discipline is severe. No religious services are held at the almshouse. Light work is provided for such of the inmates as desire to work.

The farm is owned by the county and is in good condition. Small fruits and vegetables are raised.

Source: Seventeenth Biennial Report of the Board of State Commissioners of Public Charities of the State of Illinois, presented to the Governor October 1, 1902, Volume 17, extracted 20 Aug 2016 by Norma Hass

Transfers to other almshouses

4 Other transfers and discharges
2 Deaths in 1910