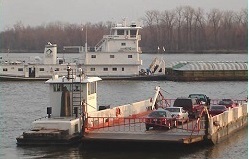 Calhoun County ILGenWeb is a free genealogical site about the history of the county. We hope you find helpful clues for your research of ancestors and relatives of Calhoun county.

Are you familiar with the area? Do you have a family tree connection to the area? Volunteers are always needed! Please consider contributing your pieces of Calhoun County family history. Corrections, updates, and additions to this site are always welcome. If you are interested in helping, please contact the ILGenWeb State Coordinator.

County Coordinator: YOU? Calhoun County ILGenWeb is AVAILABLE FOR ADOPTION. 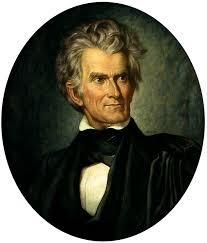 Calhoun County was created in January 10, 1825. Located at the tip of the peninsula formed by the confluence of the Mississippi and Illinois rivers, Calhoun County is almost completely surrounded by water.

"From 1801 to 1812 the territory now included within Calhoun County was a part of St. Clair County. It then became a part of Madison County and remained in that county until the formation of Pike County in 1821. For the next four years it was a part of Pike, and then ...

"The southern part of Pike County was cut off, by an act of the Legislature of Illinois, and made into a separate county.

"The new county was named Calhoun in honor of John C. Calhoun one of the greatest of the southern statesmen at that time." 1934 History of Calhoun County

Currently, Hardin is the county seat.